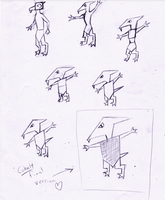 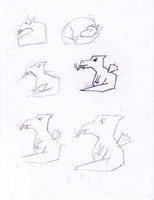 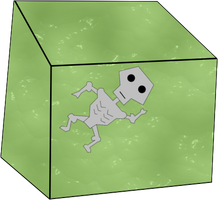 I'll spare you the first jam emotional recap. This was hard, and that's for after thoughts and emotions have  a chance to process. Right now, I'm going to focus on the tools that got us through this!

The us is my impromptu team. No one but me has tried to make a video game before, but everyone was free and I'm thankful for the time they took this weekend to be part of the process. Some of us had kids (like yours truly), and some of us had weird work hours. But seeing an idea become a concept sketch become digital art become animated become controllable is an amazing journey.

By trade our team consisted of a physics profesor, an environmental scientist, a lawyer, a massage therapist, a bartender, a handyman, a post doc, a programmer (me), a non digital graphic artist, and a 3d artist (for our 2d game!).  Let me give an additional shout out to the  talented 'non-digital' concept artist, Sarah Holden. Check her Instagram  @crazycrayonlady and the concept art attached to this post. But let this show, you can build something fun and fast no matter your background!

Godot - The game engine I used. I tried for years to learn Unity, but it never clicked. I started Godot in March and within a month I was making things I could actually show people. The animation engine was simple and powerful enough that a non-coder research scientist was able to do ALL the animations in this game with it. Thats some ease of use, and all else was built ontop of this foundation.

Microsoft Power Point - This one is weird... but with so many scientist and professor types on my team, well they were all REALLY good at power point. I didn't expect them to turn concept art into vector art with it, but we embraced it hard, and I think it really set the tone well.

Paint.net - Turning the power point art into usable PNGs as well as other tweaks was a breeze with paint.net. It just works, and the copy paste functionality is seems to always work EXACTLY the way you would expect it too. Good bye GIMP, Paint.net is my tool of choice now.

Trello- A trello workspace became the design bible very quickly and was integral to the brain storming process.

Discord - With the size of our team, Discord was pivotal in actual real time collaboration. Enough said.

Bosca Ceoil - A last minute tool find and decision, this one paid off dividends fast. All the music was done here by our talented massage therapist and lawyer (both DO have musical background too). Someone in the official game jam discord mentioned it, and I recommended anyone try it. It has a great tutorial, and you'll feel pretty happy with what you get almost no matter what.

SXFR - A quick sound effect generator, for when you need a sound and don't have time to care what it is! A real time saver.

Pyxeledit - Of course Pyxel edit was the tool for the tileset. This was a FIRST time project for our noobie coder Jacob Moore, who hastily bought the tool and watched lost of tutorials to get it done.

Aseprite - Though less integral than I'd originally thought  it was going to be (didn't see powerpoint coming...), I still personally used Aseprite for touch ups and changes to the tilemap

And that about ties up the tech look. Thanks for getting this far, and thanks for trying out The Kobolds of OSHA

The Kobolds of Osha